Until the early ’50s, Nepal remained closed to foreigners under the autocratic regime of the Ranas. But after the ascent of Mount Everest in 1953 by Tenzing Norgay and Sir Edmund Hillary, Nepal gradually opened its doors to outsiders. Initially, the tourist demography was dominated by retired Americans wanting to visit new places. In 1955, Nepal issued a first tourist visa under the tenacious request of Boris Lissanevitch, an esteemed hotelier. He requested then crown prince Mahendra to send tourists under Thomas Cook & Sons Ltd to Nepal in which 20 people arrived form Calcutta as tourists.

During the late 1960s, the hippie trail started and Nepal witnessed an influx of foreigners with long hair and beards, commonly known as hippies roaming the streets of Kathmandu. Foreigners from the United States and Europe called peace-loving and cordial Nepal their homes. Mostly aged between 16 and 30, they followed a radical and liberal anti-war philosophy along with free-spirited and exploring nature. They often experimented with drugs (cannabis/Marijuana), sex and religion. The hippie population could be seen being concentrated in Kathmandu because of the easy availability of hashish at that time. 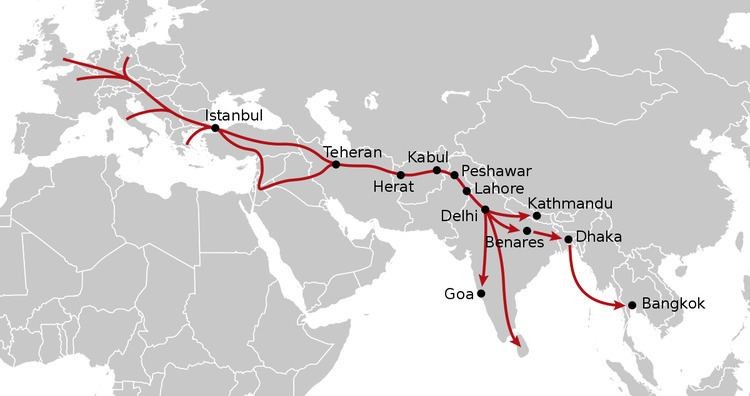 The Hippie Trail is an expedition undertaken by the hippies from Europe or the United States in order to reach Asia, mostly being Nepal and India. The purpose of his trip was to explore oneself and stay far away from home as long as possible. Mainly, to escape the radical changes in society after the Vietnam War and other social norms forced upon. They traveled by the cheapest means of transportation available like buses, trains, and also hitchhiking when necessary. The Hippie trail illustrates the route taken to reach to Asia from Europe or the United States. Most of the journey would start from Istanbul and finish in Kathmandu or Goa.

In Kathmandu, hippies could be seen exploring cities, interacting with the locals or spending their days out in temples. Kathmandu Durbar Square, being the popular destination of them all, Freak Street was home to many. Freak Street, also known as Old Freak Street was considered to be the epicenter during the Hippie Trail. Freak Street not only provided accommodations and daily supplies, but it was also a central hub for marijuana and hashish smokers. Marijuana was in abundance and was grown by the household for medicational purposes. Capitalizing on the crop, hippies advertised and promoted marijuana market to flourish in Nepal. Many photographs and videos taken at that period helps us understand the time and atmosphere in Kathmandu during the influx of hippies. These days, Freak Street is bustling with many cafes, tattoo shops, and eateries yet holds the essence of the hippie period. You still can see few hippies rooming the streets from time to time, commemorating the hippie era. 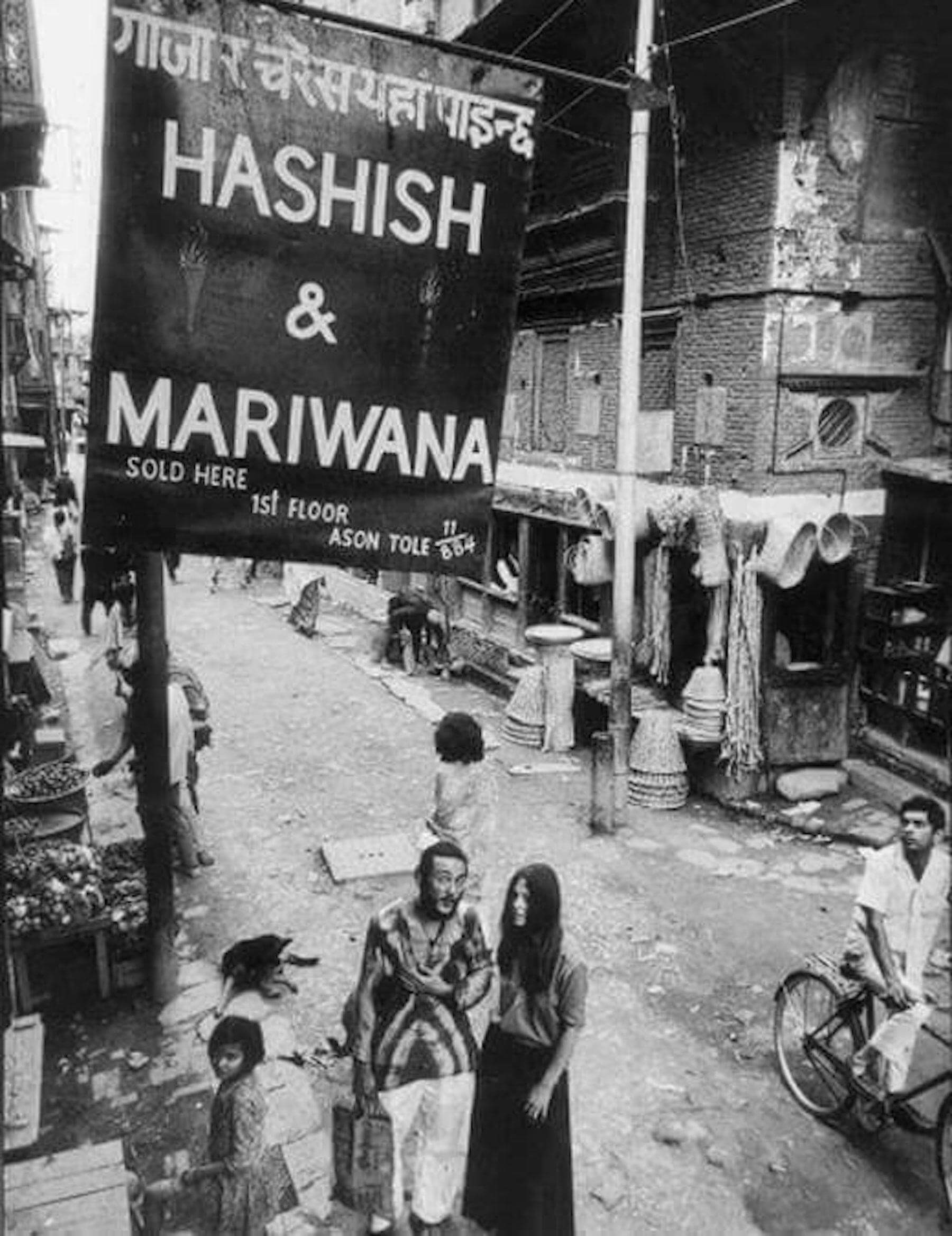 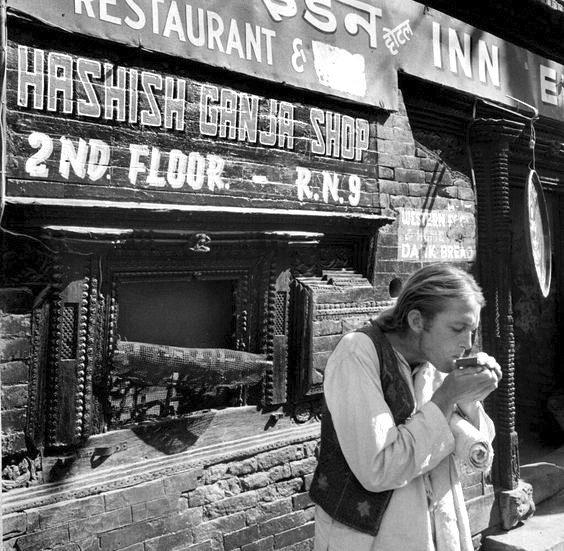 After the establishment of the Drug Enforcement Agency (DEA) in 1973, hashish transactions became illegal. And under the pressure of The US government, Nepal was forced to illegalize marijuana in Nepal. And what once was a hot new thing came to an end and the hippie movement ended. But in the current days, while the world is accepting and embracing the mediational and recreational properties of marijuana, Nepal is also slowly moving along the path of legalization. Recently, a senate member Mr. Birodh Khatiiwada put forth a discussion regarding the legalization of marijuana in Nepal.

Directly or indirectly, hippies established Nepal as a backpackers’ destination which still prevails to this day. Opening doors to nationalities from all over the world, the roots can be still traced back to the free-spirited, soul-searching men and women who one cane to Nepal and called it their homes. The popularization of Kathmandu as a haven for backpackers and soul-searchers, Kathmandu became a major topic of interest for artists like Bob Seger, Cat Stevan, The Doors, Jimi Hendrix and many more. Celebrating Visit Nepal Year 2020, the popularity of tourism in Nepal can be rooted back to the hippie trail and what was once a “hot spot” for hippies only, now a global outreach initiative.

Send an Enquiry - Hippie Trail and Cannabis Legalization in Nepal