Top 10 Nepalese cuisines you must try

Nepalese cuisines draw inspirations from geographical companions like India, China, and Tibet but have incorporated its own techniques and characteristics give it a Nepalese twist with a familiar, comforting feeling. Set in the Himalayan backdrop, Nepal is home to many ethnicities and communities which is also reflected in the country’s cuisines. The mountainous region draws inspiration for Tibetan cuisines while the Plains draws its inspiration from Indian cuisines. Nepalese food is generally compared to be healthier than its other South Asian neighbors. Nepalese dishes focus on using less fat infused foods and more chunky vegetables, lean proteins, fermented vegetables, and salads. Heavy usage of spices like cumin, turmeric, coriander, chilies, peppers, garlic, ginger, and mustard oil can be witnessed on the dishes giving it a distinct Nepali taste.

Dal Bhat is the country’s most celebrated dish and people consume it on a daily basis as the main meal. This is due to agricultural restriction in the higher regions of Nepal and rice is often substituted with other grains. Dhal Bhat is an amalgamation of rice, lentils soup, seasonal vegetables, curry, salads, pickles, and yogurt. Dal Bhat is also considered to be a heavy and well-balanced meal that helps you take on any challenges throughout the day. There are many variations and twists to Dal Bhat that differ from ethnic groups. However, Thakali Dal Bhat is considered to be the best as it packs an extra punch of flavor to enhance the taste of the amazing Dal Bhat even more. 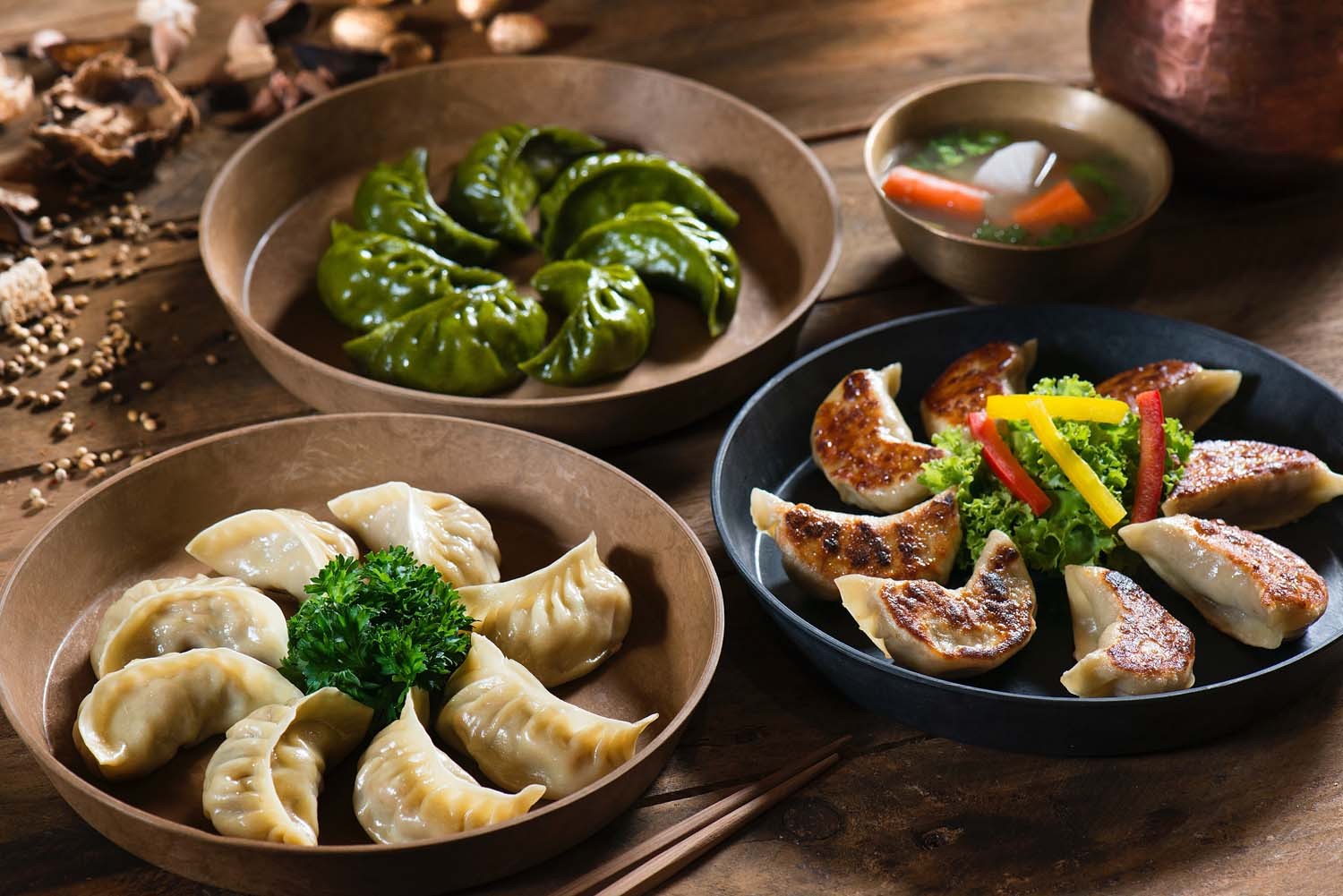 Momo is the unofficial National Dish of Nepal. You can find Momos at any street, gully, and restaurant. Momos are Nepalese dumplings with meats, vegetables, sometimes cheese, chocolate, spinach, incased in flour dough. What makes Momos unique is its sauces. You can find many variations of sauces, unique to individual eatery. You can find mild sauces to spiciest, unmerciful to your tongue. You can often find them steamed, fried, dipped in ketchup, in soup form, and in many different variations. 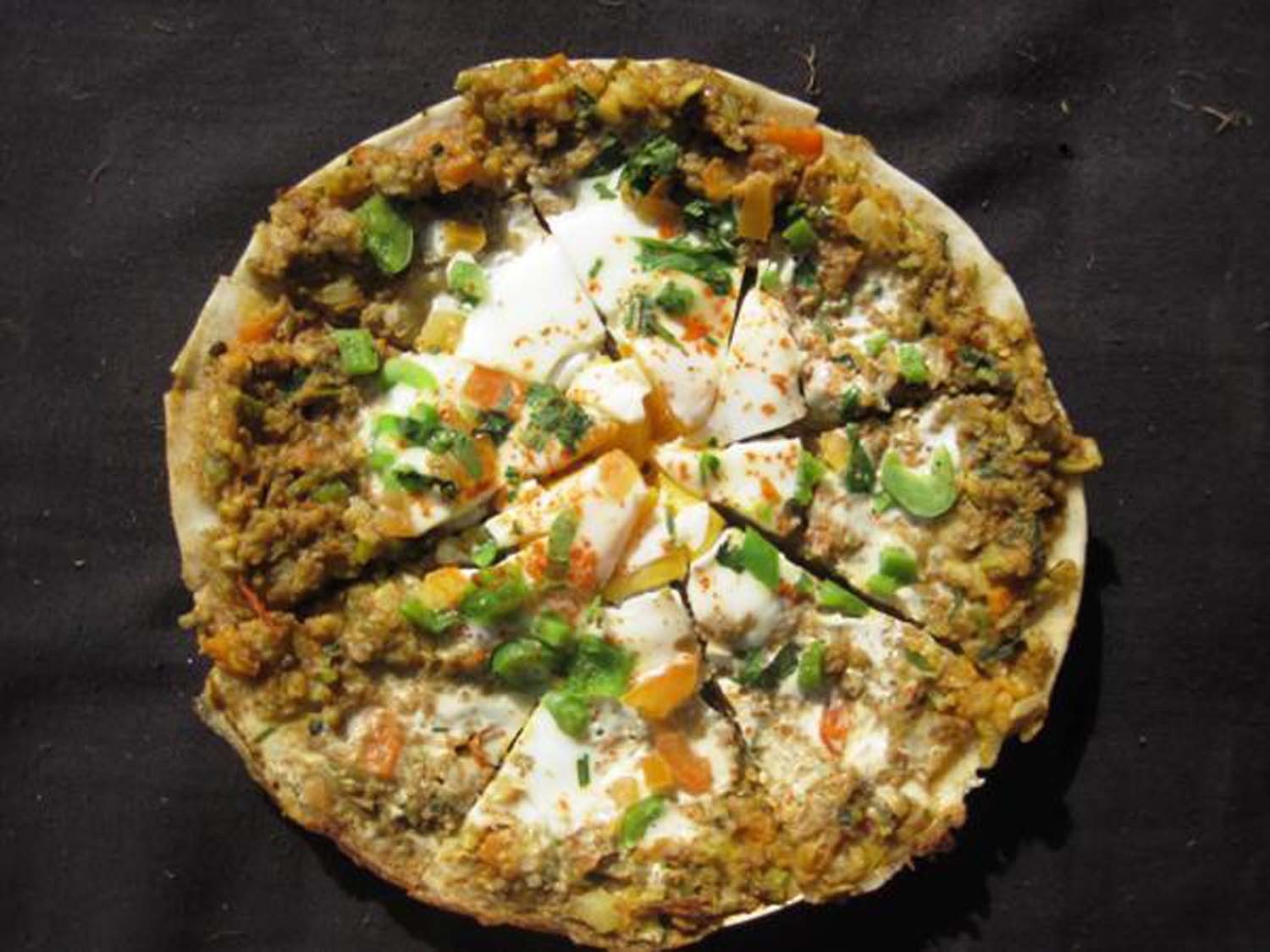 Known as the “Nepalese Pizza”, Chatamari is a popular Newari snack and is full of favors. Chatamari is a rice-flour crepe that is cooked with a variety of savory toppings such as minced meat, chopped onions, eggs, chilies and more. 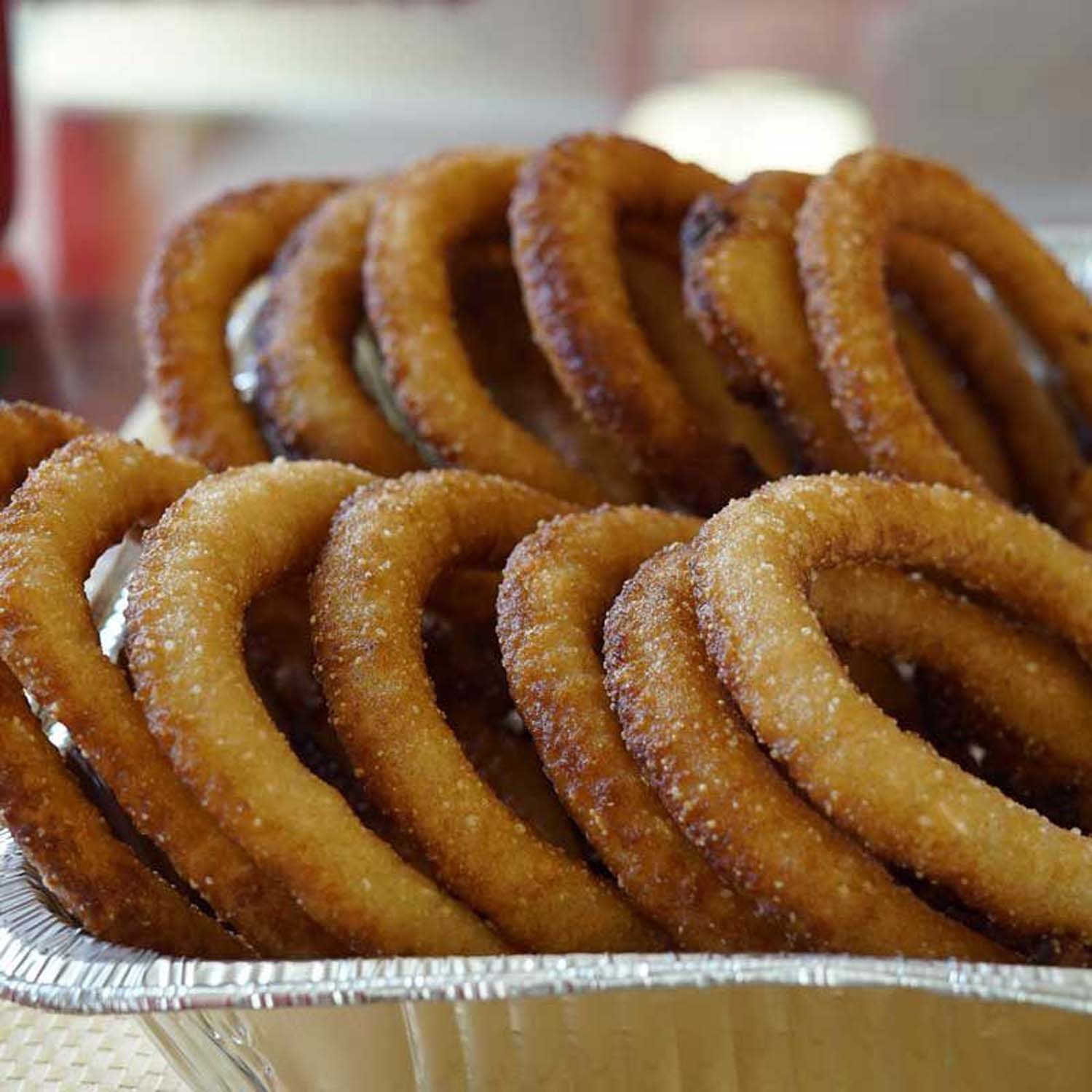 It’s another Nepalese take on a popular western food- donuts. Sel Roti is a deep-fried rice flour slurry infused with ghee, sugar, and garam masala. They are commonly found at road-side snack stalls, also served with fried potato, chickpeas, and tea. These sweet treats are also made during the festival of Maghe Sankranti and Tihar. 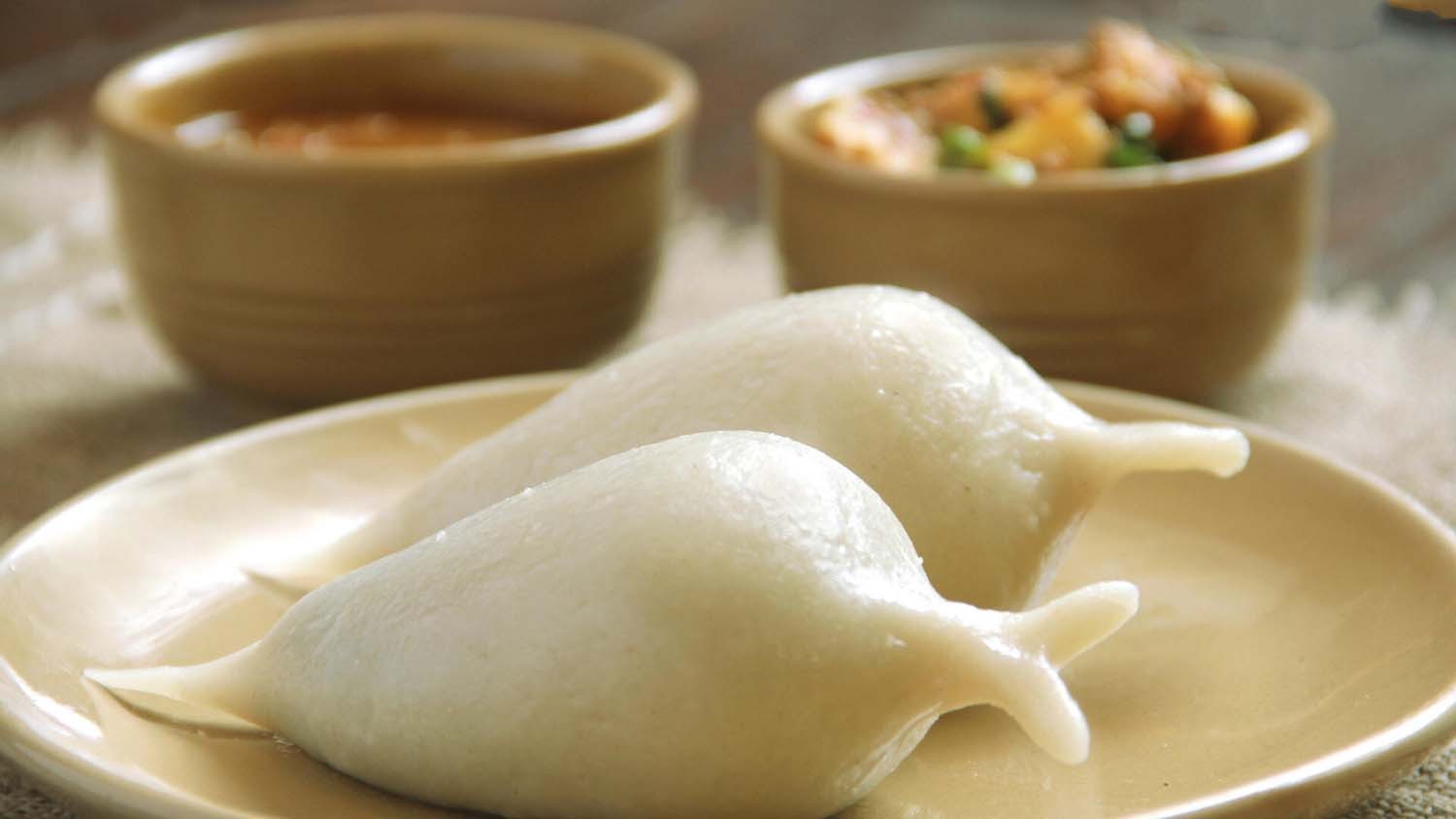 Yomari is a Newari dessert that often resembles dumplings. Yomari is a sweet molasses mixture encased in rice flour dough. It is steamed until the dough is cooked and molasses are runny, like the consistency of melted chocolate.

Yomari has its own festival. Yomari Punhi is the day where Newari tribes make Yomari at home and also share between relatives and neighbors. 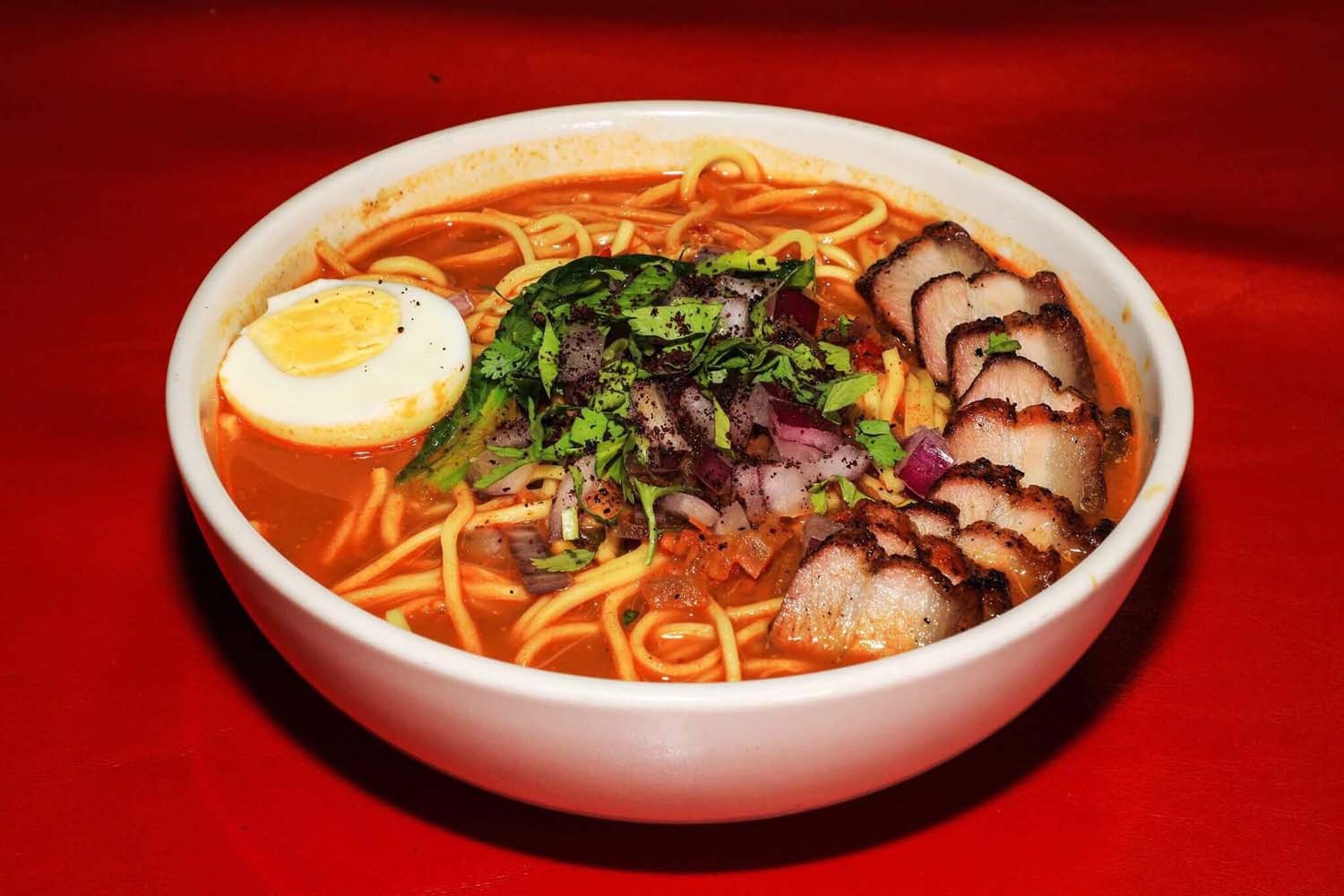 Thukpa is a Nepalese hot noodle soup that contains meats and vegetables. This is a dish better consumed in winters or in the monsoon season. Thukpa draws Tibetan influences and often is a popular dish in the mountainous regions of Nepal. Although, infused with spices and other sauces to give that Nepalese twist. The carefully seasoned meat stock gives a pleasant aroma and seasonal vegetables give a bite. There also is a vegetarian option, noodles soaked in vegetable stock and toppings of seasonal vegetables. 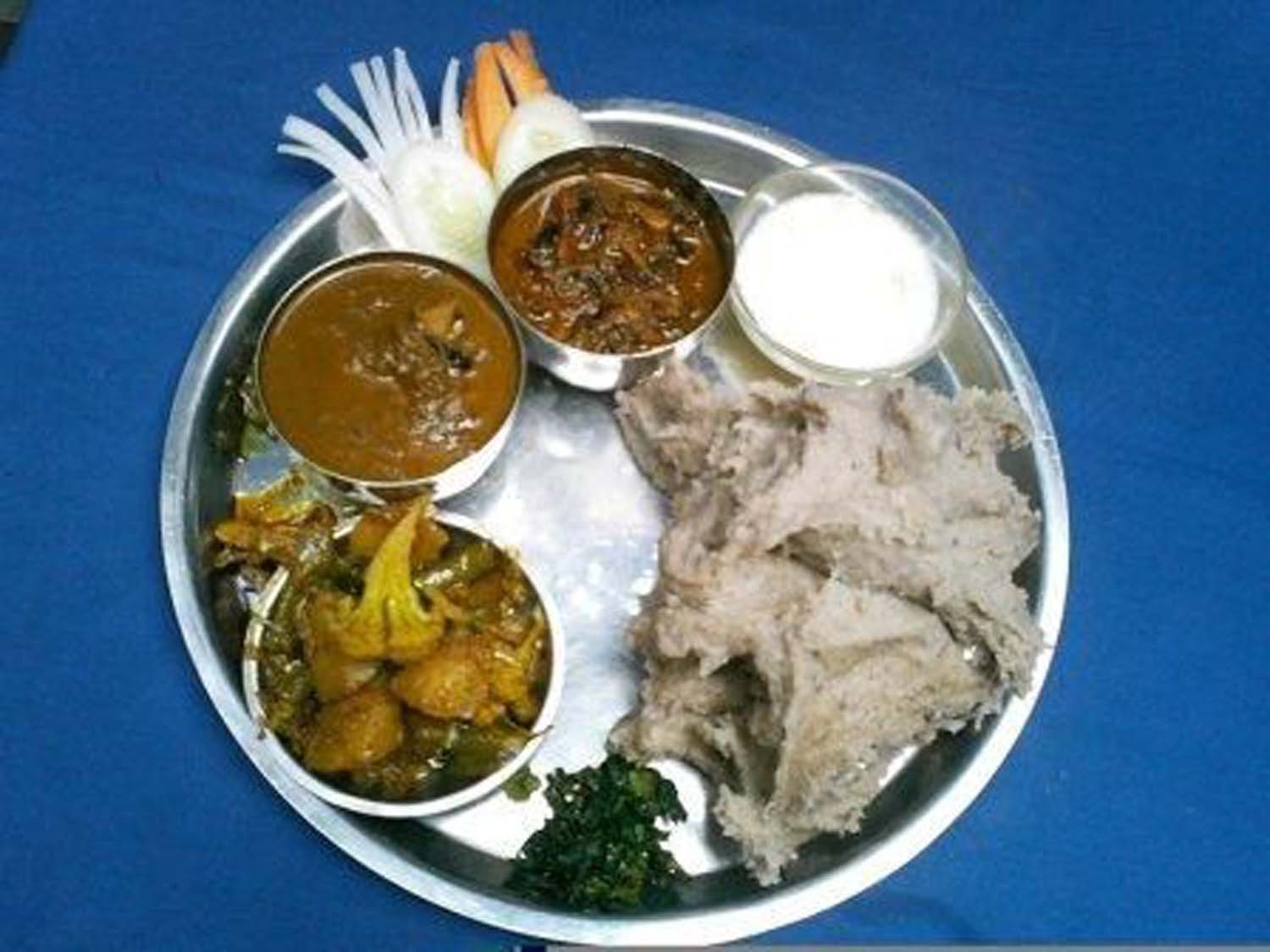 Dheedo, the national dish of Nepal, is a sticky flour-like consistency, a sugar-free dish made with either maize or wheat. It is usually served with Ghundruk, a fermented green leaves in a soup form, cooked with beans and potatoes. It is slightly sour and tangy in taste and pairs nicely with Dheedo. Dheedo is also considered to be a healthy alternative for diabetic people. You can easily find this dish in Nepalese cuisine restaurants and in local homes in villages. 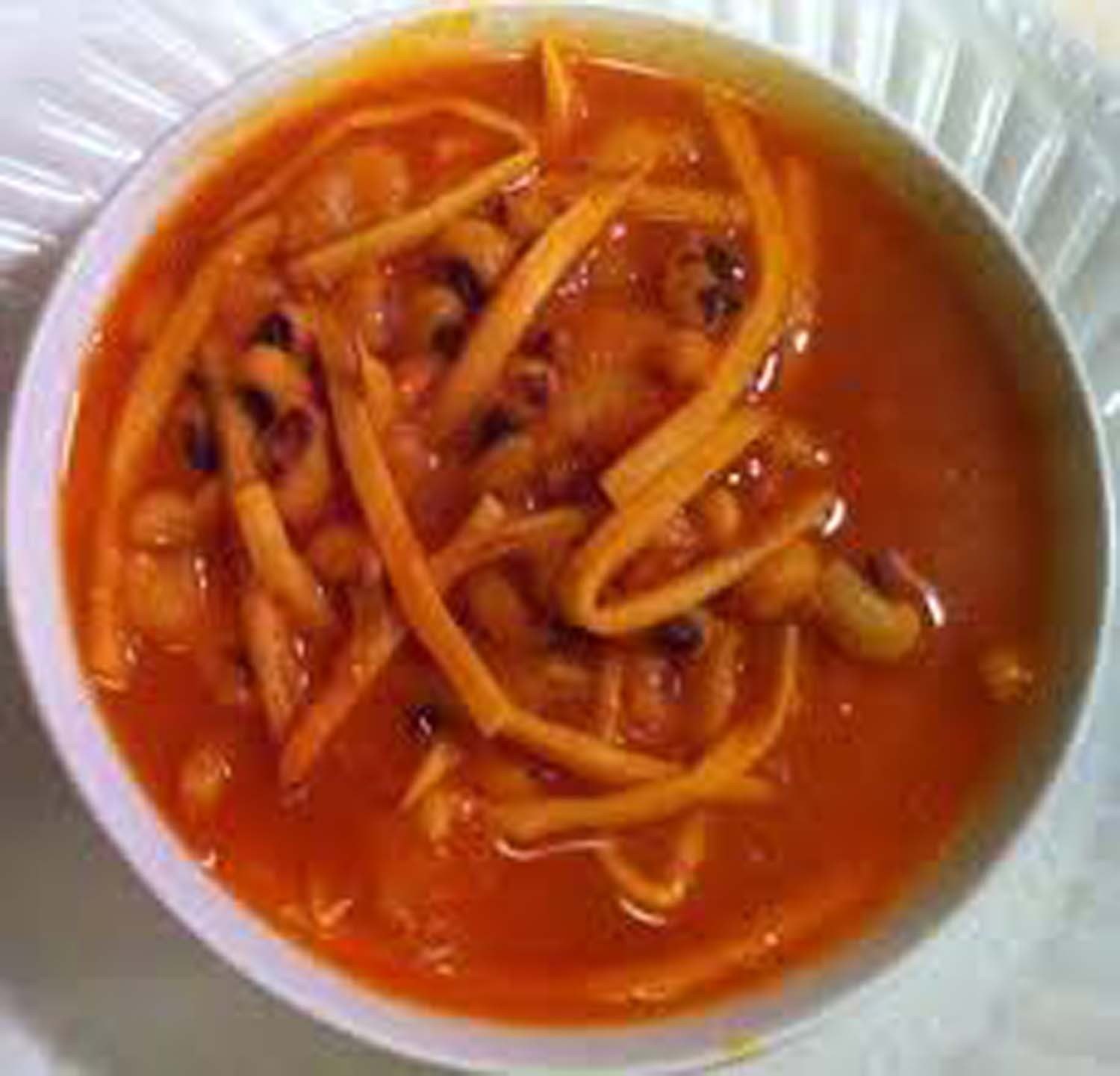 Aaloo Taama is a must-try Nepalese dish. It is fermented bamboo shoots that has a sour taste. It is generally eaten as a curry with rice. This curry is very famous in Newari Culture and most households have this on their meal. You can find this dish easily in any Newari Restaurants.

Newari Khaja Set or also known as ‘Samai Baji’ is a popular set of dishes native to the Newari tribe of Nepal. Newari Khaja Set is an array of dishes like chhoyela, eggs, soybeans, bara, aaloo taama, served with beaten rice (Chiyura). Also, do not forget to try rice beer (Chhyang) along with this dish.

Newari Khaja Set can be found in all Newari restaurants but Newa Lahana in Kitipur is voted best by many patrons over the year.

This is one of the most popular sweet dishes of the Newari Culture. They are flaky-crunchy, textured cookie-bread topped with a sugar glaze. The doughs are deep-fried and glazed with icing to create a translucent finish.

Send an Enquiry - Top 10 Nepalese cuisines you must try